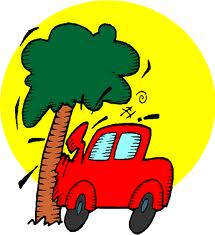 I am once again on my “soap box”.  Here is my latest rant with respect to the upcoming changes in motor vehicle insurance benefits.  Feel free to copy this letter and send it to your local MPP.

You might remember me writing to you a couple of years ago expressing my concerns about the duplication of licensing in the proposed FSCO guidelines. Well, here we are two years later, and due to my belief that we need to make healthcare accessible to those involved in Motor Vehicle Accidents, I am now paying several hundred dollars in additional licensing (though I am already a regulated health professional and as such am bound by the ethics and billing procedures imposed by my college).

Now, as if the additional licensing wasn’t lucrative enough, the proposed changes to the SABS to be effective June 1, 2016 surely will increase the profits for insurance companies. As if the changes that took place September 2010 weren’t significant enough (I’m sure you’re well aware of the changes including the creation of the minor injury guideline and the reduction in accident benefits from $100 000 to $50 000), these proposed changes will once again take aim at victims of MVA’s. Here is a summary of some of the major changes:

Any changes to the current system, and to the definitions used, raises concern as even now these definitions seem to change whenever convenient to the insurer. An example of this comes from the MIG definition. In this definition a person is considered to be exempt from the MIG if “…based on compelling evidence provided by his or her health practitioner, the insured person has a pre-existing medical condition that will prevent the insured person from achieving maximal recovery…”. However, this compelling evidence appears to be difficult to find! I have seen cases where reports from physiatrists, physiotherapists, vascular surgeons, and general practitioners were not enough compelling evidence. Often times in these cases patients are forced to take legal action to access the care that they deserve, or otherwise go without all together.

I write you this letter in hopes that you can provide opposition to this change which once again appears to benefit only the insurers. As if cutting potential accident benefits in half (and in the majority of cases much more than half with the creation of the minor injury guideline), then taxing the health care provider with the redundant licensing fees wasn’t enough, now we have to deal with dramatic cuts once again. In an industry that already appears quite profitable, motor vehicle accident victims are being further victimized.

I thank you for your consideration of this note and look forward to your response.